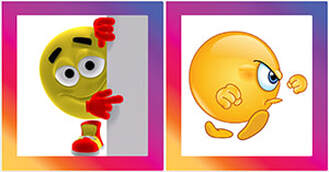 As soon as Philip caught sight of the chariot, he knew the voice within was a prompting from the Lord. He must catch up to that chariot, heading south on the desert road. So Philip began running, and as he drew near, he eased into a steady pace, walking behind it.

The man seated in the chariot was reading something aloud. It sounded familiar. . . . He’s reading from the book of the prophet Isaiah. So Philip quickened his pace, came alongside the chariot, and said, “Do you understand what you are reading?”

“How can I,” the man replied, “unless someone explains it to me?”

The man smiled, and so did Philip. “Would you care to join me?” he asked. So the driver stopped his chariot, and Philip sat down beside the official.

“This is what I was reading,” the man explained, pointing to the portion that confused him. As the chariot continued, the man read aloud once more, slowly and thoughtfully.

“ ‘He was led like a sheep to the slaughter, and just as a lamb before its shearer is silent, so also he did not open his mouth. In his humiliation, he was denied justice. Who can speak of his descendants? For his life was taken from the earth.’

“Please, tell me,” the man asked, “is the prophet referring to himself or someone else?”

So Philip explained that the prophet was foretelling what would happen to God’s Anointed One. Then Philip told the man the good news of Jesus Christ, how Jesus not only died as mankind’s sacrifice for sin, but also rose again to life. Using the words of Isaiah, Philip helped him to see that Jesus fulfilled that prophecy: He was the Lamb of God.

As Philip continued, they approached a body of water, and that gave the official an idea.

“If what you say is true,” said the official, “what prevents me from being baptized?” Then he ordered his driver to stop the chariot. “Look,” he said, “here is some water.”

So the two men left the chariot and went into the water, where Philip baptized him. When they came out of the water, the official was smiling with delight. As he turned to thank Philip, he was surprised to realize Philip was not there. He looked in every direction, but Philip was gone.

The Spirit of the Lord had suddenly taken him away, and the official never saw him again. But he would always remember their encounter, and how the Lord had met the desires of his heart with the Word, the water, and a willing messenger.

That willing witness now found himself at the city of Azotus. Philip traveled to one town after another, preaching the good news of Jesus Christ, all the way to Caesarea.

Meanwhile, another man was also leaving Jerusalem, but in a different direction, driven by a different quest. Saul vowed that he would finish what he had started. He would find those disciples of Jesus who had fled Jerusalem, and he would make sure they got what they deserved.

So he went to the chief priests, requesting letters to take with him to the synagogues in Damascus, letters granting him authority for his plan. With the help of leaders in the Damascus synagogues, he would find any and all men and women known to be followers of the Way. Then he would have them bound in chains and bring them back to Jerusalem to stand trial.

Damascus, a major hub of trade and commerce in Syria, was like an oasis, strategically located on two rivers. With one of the largest Jewish populations outside of Palestine, this city would appeal to the Way. So Saul and his companions now headed north, a trek of 150 miles that would take from four to six days. But on the last day of their journey, something happened.

At about noon, an enormously brilliant light, brighter than the sun, suddenly appeared, encompassing Saul. Immediately he fell to the ground and covered his face. Then a voice called out, and all of the men heard it, but only Saul could distinguish what it was saying. . . .
​
TBC 305
​"Take up the shield of faith, . . . the helmet of salvation, and the sword of the Spirit, which is the word of God."
—Ephesians 6:16-17
The Bible Clicks received the stamp of the Imprimatur in 2010 for Book One (Stories of Faith, Vision, and Courage from the Old Testament)
​and in 2019 for Book Two (Stories of Faith, Hope, and Love from the New Testament).
All contents on this site are copyright protected.
No portion of those books or of this site may be reproduced or copied in any form. Copyright 2010 — 2021 THE BIBLE CLICKS, LLC. All rights reserved.​