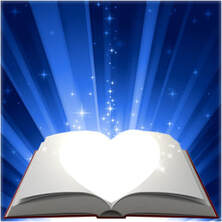 When my daughter was growing up, I read to her every night, and a big part of that daily ritual included stories from Scripture. But the older she got, the more frustrated I felt. Despite all the beautiful books on the market, I couldn't find what I was looking for, a book of Bible stories that appealed to older kids, teenagers, and even adults, with thought-provoking graphics and a compelling voice.

Surely someone could create Bible narratives for an older audience, stories that keep you on the edge of your seat, yet remain faithful to Scripture. . . .

One day while I was browsing through a bookstore, sighing in disappointment, a piercing thought interrupted my musings. You're a professional journalist, and one of your college majors was in Bible. Why don't ​you write one?

What began as Bible stories re-told for my daughter turned into a through-the-Bible series that was embraced by our local church. The Bible Clicks was so well received by both young people and adults that I decided to take it for a test spin with teenagers at a private, faith-based school. Without telling students I was the author of these through-the-Bible stories, I used The Bible Clicks to supplement the school's religion curriculum, which allowed me to witness their authentic response. They loved it!

By this time, my daughter was grown up, so it was the enthusiasm of my students that motivated me to complete what I had originally set out to accomplish—to create a through-the-Bible series in 365 stories. To assure readers that these stories are indeed a reliable re-telling of Scripture, I submitted them for a rigorous evaluation by licensed theologians.  On March 31, 2010, Book One of The Bible Clicks received the stamp of the imprimatur, the Church's seal of approval, indicating that this work is theologically sound and free from error. Book Two and Book Three also received the imprimatur, six months after they were completed, on February 21, 2019.

Through years of development, those carefully crafted Bibles stories, initially created for my daughter, “grew up” just as she did. The process itself was a journey, one that reminds me of my interview years ago with author Madeleine L'Engle (click to read the interview). I smiled as she recounted to me her exasperating experience on the road to publishing A Wrinkle in Time:

"Who is this for," the publisher asked, "kids or adults?"

"It's for people​—​people read books!"

That scenario could just as easily apply to The Bible Clicks. Like Madeleine, I know that people—of all ages—are captivated by compelling stories, and no stories are more intriguing than those portrayed in Scripture, God's storybook for all ages.

So, who is The Bible Clicks for? It's for people—people like you and me. Enjoy the journey!
SHARON DONOHUE is a free-lance journalist and former magazine editor. She began her journalism career in Chicago as an editor for Moody Monthly, a Christian family magazine, then served as Managing Editor of Marriage Partnership and as Editor of Today’s Christian Woman, magazine publications of Christianity Today.

​Sharon majored in Bible at Multnomah University (formerly Multnomah Bible College) and earned a bachelor’s degree in journalism from the University of Oregon. After moving from Chicago, she pursued a master’s degree in education and taught English and social studies in public schools for 15 years. She has also taught in faith-based schools, both Protestant and Catholic.
The Bible Clicks received the stamp of the Imprimatur in 2010 for Book One (Stories of Faith, Vision, and Courage from the Old Testament)
​and in 2019 for Book Two (Stories of Faith, Hope, and Love from the New Testament).
All contents on this site are copyright protected.
No portion of those books or of this site may be reproduced or copied in any form. Copyright 2010 — 2021 THE BIBLE CLICKS, LLC. All rights reserved.​