Healing at the Pool 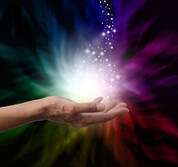 Two thousand years ago, when Jesus walked this earth, those who were lame or paralyzed or suffering from disease held little or no hope that they would get well. There were some doctors who were trained scholars, but their knowledge was limited. The best that most of these people could hope for was a miracle.

It was said that a certain pool in Jerusalem held miraculous power to bring healing. The pool near the Sheep Gate was called Bethesda, meaning “place of mercy.” At times the water would suddenly stir up, and the people believed that if you were the first one in the water after it stirred, you would be healed. Five porched areas surrounded the pool, and many who were disabled would lie in the shade of a porch, hoping the water would stir. Of course, if it did stir, everyone wanted to be the first to reach the water. Year after year, people would come with this hope. One man had been coming for 38 years.

One Sabbath day, when Jesus was in Jerusalem for the feast, he walked to the pool and saw all the people who were lying near the water. Jesus walked toward one man who was an invalid. He was somewhat paralyzed and had to drag himself to move. When Jesus learned that he had been paralyzed for 38 years, he asked, “Would you like to get well?”

Jesus knew that some of the people there had given up hope of being healed. They would beg for money from those who passed by. This routine had become a way of life, and they now came not for a healing, but for money.

The man replied, “Sir, I have tried to be healed. But I have no one to help me get into the water. So every time the water is stirred, someone else gets there ahead of me.”

Jesus offered his hand. “Get up!” he commanded. “Pick up your mat and walk.”

The invalid looked astonished. But he took Jesus’s hand, stood up, and was healed!

Then the man did exactly what Jesus told him to do—he picked up his mat and walked away. It was not long before someone stopped the man and said, “What do you think you are doing? It’s the Sabbath—God’s law forbids you to carry that mat.”

The Jews believed that doing any work, even carrying a bed mat, was breaking God’s law for the Sabbath day of rest. But Jesus wasn’t breaking God’s Law—he was changing it.

The fellow replied, “The man who healed me told me to pick up my mat and walk.”

Several other Jews were standing nearby, and they asked him, “Who was it who told you to pick up your mat and walk?”

“I don’t know,” he said. “I’ve never seen him before. When he walked up to me, I didn’t know he could heal me. After he helped me up, I turned around to thank him, but he was gone.”

Jesus had indeed slipped away into the crowd. He left the pool and made his way toward the temple courtyard. Meanwhile, the man who was healed also walked to the temple. He didn’t have a chance to thank the man who healed him, but he could certainly thank God for giving that man the power to do it.

Jesus was pleased to see that he had gone to the temple. The man didn’t even see Jesus, until he heard someone speaking to him. “See,” Jesus said, “you have been healed. Now that you are well, stop sinning, or something worse may happen to you.”

Sickness and infirmities are not necessarily a sign that someone has sinned. But apparently, in this man’s life, his sin had something to do with his illness. The man asked Jesus who he was, and when he left the temple, he went back to those who had questioned him.

“I know who healed me,” he said. “His name is Jesus.”
​
TBC 195
​"Take up the shield of faith, . . . the helmet of salvation, and the sword of the Spirit, which is the word of God."
—Ephesians 6:16-17
The Bible Clicks received the stamp of the Imprimatur in 2010 for Book One (Stories of Faith, Vision, and Courage from the Old Testament)
​and in 2019 for Book Two (Stories of Faith, Hope, and Love from the New Testament).
All contents on this site are copyright protected.
No portion of those books or of this site may be reproduced or copied in any form. Copyright 2010 — 2021 THE BIBLE CLICKS, LLC. All rights reserved.​