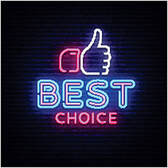 The relatives of Jesus were puzzled by recent events. They, too, were at the wedding, and they knew Jesus had something to do with the wonderful wine served at the end of the banquet. This wasn’t the first time they had seen him do amazing things. But still, he was just one of them, wasn’t he? After all, they grew up together. So why were people beginning to follow him? He was trained to be a carpenter, not a rabbi.

Just before the Feast of Tabernacles, Jesus’ brothers said to him, “Why don’t you go to the feast with us? Let your disciples see the miracles you can do. If you want to gain a large following, you ought to be doing these things in Judea. Why be so secretive? Why not show yourself to the world?”

His brothers knew there was something different about Jesus, but they refused to believe that he was the Messiah.
Jesus told them, “I don’t reveal myself to the world because the right time has not yet come. Nor is this the right time for me to go to the feast. You go on ahead without me.”

Jesus said good-bye to his family, then he stayed in Galilee while they began their journey to Jerusalem.

After his brothers left for the feast, Jesus also began to make his way there. But he chose to do it secretly so he wouldn’t draw any attention.

Those who had heard of Jesus wondered if he would be at the feast. They hoped they could see him for themselves. But Jesus knew he must be careful. He had a mission to fulfill, and he knew there would be some who opposed him. So he decided he would wait until the middle of the feast before appearing publicly.

Jesus had left shortly after his brothers did, and he traveled with some of his disciples. They would stay in Bethany, a village two miles south of Jerusalem. They arrived before the feast began and stayed with some friends.

A woman named Martha had welcomed them into her home. While dinner was being prepared, Jesus used that time to teach his disciples. Martha’s sister, Mary, joined them. Sitting at Jesus’ feet, she listened intently to his every word.

Martha was pleased that Jesus had accepted her invitation. He was welcome in her home anytime. Still, if she had known sooner that he would be in town, she could have had things ready when he arrived. As she hurried about, she wondered, Where is Mary when I need her?

When Martha saw her sitting down, she was upset. She came to Jesus and said, “Lord, don’t you care that my sister is just sitting there while I do all the work? Send her to help me!”

Mary heard what Martha had said. Now she felt embarrassed. It wasn’t that she meant for her sister to do all the work. It was just that, once Jesus began speaking, she couldn’t stop listening to him. She had to hear more.

Jesus looked at Martha for a moment. Then he said to her, “Martha, Martha, you get worried and anxious about making everything just right in your preparations. But few of those things are necessary, and only one thing is truly important. You have chosen one way to serve me, Mary has chosen another. But Mary has made the better choice, and it won’t be taken from her.”

Now Martha was the one who felt embarrassed. This is not at all what she had expected. She thought she would shame her sister into helping her. Instead, Jesus had defended Mary.

As Jesus returned to his teaching, Martha turned and walked away. She wondered what he meant. For some time she continued to ponder his words: Mary had made the better choice.
​
TBC 194
​"Take up the shield of faith, . . . the helmet of salvation, and the sword of the Spirit, which is the word of God."
—Ephesians 6:16-17
The Bible Clicks received the stamp of the Imprimatur in 2010 for Book One (Stories of Faith, Vision, and Courage from the Old Testament)
​and in 2019 for Book Two (Stories of Faith, Hope, and Love from the New Testament).
All contents on this site are copyright protected.
No portion of those books or of this site may be reproduced or copied in any form. Copyright 2010 — 2021 THE BIBLE CLICKS, LLC. All rights reserved.​