A Visit by Night 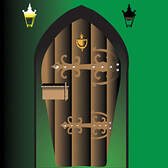 Jesus heard a knock on the door. Who could be coming to visit at this time of night? There in the doorway stood one of the Pharisees, the most powerful religious group among the Jews. Nicodemus entered, wondering just what to say.

“Rabbi,” he began, “we know you are a teacher sent by God. It’s obvious no one could perform such miraculous signs unless God enabled him.”

Jesus just looked at him. Finally, he said, “No one can see the kingdom of God unless he is born again.”

“What do you mean?” Nicodemus said. “How can a grown-up man be born again? Surely he cannot enter his mother’s womb a second time!”

Jesus answered, “There is physical birth and there is spiritual birth. But it’s the Spirit who gives birth to spirit. You shouldn’t be surprised at what I’ve said. When the wind blows you know it’s there, but you cannot explain where it came from or where it’s going. That’s how it is with those who are born of the Spirit.”

“I don’t understand,” Nicodemus said. “What do you mean?”

“You are a spiritual guide for Israel,” Jesus said, “and you don’t understand these things? I’m telling you the truth—the baptist  and I speak and teach about things we know, things we have seen. So have the prophets. But you people will not accept what we say. Now if I have told you about true things that have happened here on earth and you don’t believe me, how will you believe if I tell you about heavenly things?

“No one has entered heaven except the one who came from heaven—the Son of Man. Remember the story of when the Israelites were bitten by snakes? How Moses lifted up a bronze snake, and all those who turned to it were healed? In the same way, the Son of Man must also be lifted up, and everyone who turns to him, everyone who believes in him, will have eternal life.

“God loves the world so much that he has given it his one and only Son. Whoever believes in his Son will have eternal life. Whoever does not believe stands condemned because they have rejected him. God has sent Light into the world, but people love darkness because light exposes their evil actions. So those who love evil hate the light. But those who live by God’s truth are not afraid to come into the light, because their actions are guided by God.”

Late that night, Nicodemus left, thinking of all that Jesus had said.

This troubled John’s disciples. They told John, “Everyone is going to him!”

John replied, “A person receives from heaven only that which God has given him. You have heard me say that I am not the Messiah. I was sent to prepare people for him. I am like the friend who stands with the bridegroom, assisting him before the wedding. That friend has great joy when he hears the groom approaching. In the same way, I am full of joy, for the one I assisted is now here to take his place. He must become greater; I must step into the background.”

Some time later, King Herod ordered his soldiers to put John, the baptist, in prison. When Jesus learned that John was in prison, he left that region and returned to Galilee.

Leaving his hometown of Nazareth, Jesus moved to Capernaum, a fishing village on the Sea of Galilee. This was predicted by the prophet Isaiah: “He will honor Galilee of the Gentiles.” There, near the major route linking Egypt and Damascus, Jesus would begin his ministry.
​
TBC 196
​"Take up the shield of faith, . . . the helmet of salvation, and the sword of the Spirit, which is the word of God."
—Ephesians 6:16-17
The Bible Clicks received the stamp of the Imprimatur in 2010 for Book One (Stories of Faith, Vision, and Courage from the Old Testament)
​and in 2019 for Book Two (Stories of Faith, Hope, and Love from the New Testament).
All contents on this site are copyright protected.
No portion of those books or of this site may be reproduced or copied in any form. Copyright 2010 — 2021 THE BIBLE CLICKS, LLC. All rights reserved.​