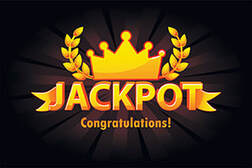 Now that Jesus had obeyed the Father in baptism and in overcoming the test of Satan, he was ready to begin his mission. He was walking near the Jordan, when John, the baptist, saw him in the distance.

John had been teaching other young men, training them to do the same work he was doing. Two of his disciples were with him when he saw Jesus. “Look!” John said. “There he is—the Lamb of God!” When John’s disciples heard that, they ran to catch up with him.

But as they approached him, they wondered, What should we say? So they followed him for a while. Jesus knew they were following. So he stopped and turned around.

He was staying not far from there. So they spent the day talking with him.

It was four in the afternoon by the time they left. One of the men, whose name was Andrew, ran home to find his brother. “Simon!” he shouted. “We have found the Messiah!” He told him what John had said about Jesus and how he and his friend Philip had even talked with him. “The place he’s staying at isn’t far from here. Come with me and meet him for yourself!”

Simon didn’t have time for any of his brother’s nonsense. But he was done with his fishing for the day. And he was curious. . . .

Before Andrew had a chance to introduce them, Jesus looked straight at Simon and said, “You are Simon. But from now on, you will be called ‘Peter.’ ” Simon didn’t know what to say. What’s he talking about? he wondered.

The next day, Jesus decided to return to Galilee, the region where his family lived. He looked for Philip, who had come with Andrew the day before. Philip, like Andrew and Simon, was from the town of Bethsaida, a fishing community.

When Jesus found Philip, he said, “I’m leaving today for Galilee. I want you to come with me. So come, follow me.” Jesus was a rabbi, a teacher, and he was inviting Philip to be his disciple (one who follows). The two men arranged where they would meet. Then Philip raced away to find one of his friends.

“Nathanael!” he shouted. “We have found the one Moses wrote about in the Law, the one the prophets also wrote of! He is Jesus of Nazareth, the son of Joseph.”

“Nazareth!” Nathanael said. “Can anything good come out of a place like Nazareth?”

“Just come!” Philip urged. “Come and see for yourself!”

When Jesus saw them coming, he looked at Nathanael and said, “Now here is a true Israelite, a man in whom there is no deceit.”

“How do you know me?” Nathanael asked. He knew he had never met Jesus.

“I saw you while you were under the fig tree, just before Philip called you.” Nathanael was amazed. He had been meditating in the shade of the tree. This man Jesus was nowhere near that place. So how could he have known that?

“Rabbi,” he said, “Philip was right. You are indeed the Messiah.”

Jesus smiled. “You believe that because I told you how I saw you under the fig tree. But you will see far greater things than that.” Then he added, “One day you will see heaven open and the angels of God going up and coming down near the Son of Man.”
​
TBC 192
​"Take up the shield of faith, . . . the helmet of salvation, and the sword of the Spirit, which is the word of God."
—Ephesians 6:16-17
The Bible Clicks received the stamp of the Imprimatur in 2010 for Book One (Stories of Faith, Vision, and Courage from the Old Testament)
​and in 2019 for Book Two (Stories of Faith, Hope, and Love from the New Testament).
All contents on this site are copyright protected.
No portion of those books or of this site may be reproduced or copied in any form. Copyright 2010 — 2021 THE BIBLE CLICKS, LLC. All rights reserved.​