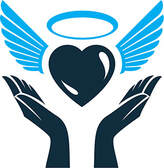 Day after day masses of people gathered at the Jordan River, all of them hoping to find John, the baptist. The Pharisees and Sadducees decided there must be some other way to learn more about this man. How dare he insult them. . . . This time they would send some priests and Levites to question him.

At first they just watched and listened. Then they drew closer and asked, “Who are you?”

John knew what they were thinking. He looked at them and replied, “I am not the Messiah.”

“Then who are you? Are you Elijah?” They knew that Elijah had been taken up to heaven in a fiery chariot. Could this be Elijah sent down from God?

“Are you the Prophet?” they asked. Some thought that the Messiah would come to his people as a mighty prophet.

But again, John replied, “No.”

By now they were getting exasperated. “Then tell us—who are you? Give us some kind of an answer that we can take back to those who sent us. What would you say about yourself?”

John answered them by quoting the prophet Isaiah: “I am the voice of one calling in the desert, ‘Prepare the way for the Lord to come.’ ” John knew he was the one Isaiah spoke of, the one who would prepare them for the Messiah.

But the men questioning him missed the point. Who gave this man the authority to do this? they wondered. “If you are not the Messiah, nor Elijah, nor the prophet, then why are you baptizing people?”

“I baptize with water,” John said. “But there is one standing among you whom you do not know. He will baptize with the Spirit and with fire. He is the one who comes after me, the one whose sandals I am not worthy to untie.”

The next day people came just as they had every day, and Jesus was among them, but the crowd did not know him. When John saw him coming, he said, “Look, the Lamb of God, who takes away the sin of the world! This is the one I told you about: Though he has comes after me, he is much greater than I am, for he existed before I did. My whole purpose for baptizing was so he would be made known to all Israel.”

Jesus had come from Galilee to the Jordan. And when he arrived, he stepped into the water like everyone else and waited for John to baptize him.

“Let me be baptized,” Jesus said. “It is the right thing to do. In this way we will fulfill God’s requirements, for this is right in God’s sight.”

So Jesus was baptized by John. As soon as Jesus rose up out of the water, John saw a glimpse of the heavens opening up before him. The Spirit of God came down in the form of a dove, and John stared as the dove rested on the shoulders of Jesus. Then a voice from heaven called out: “This is my Son, whom I love. With him I am very pleased.”

From then on, John gave this testimony about Jesus: “I saw the Spirit come down from heaven like a dove and rest on him. When Jesus first came, I would not have recognized him. But the One who sent me to baptize revealed it to me. I was told, ‘The man on whom you see the Spirit come is the one who will baptize with the Holy Spirit.’ So now I have seen him for myself, and I tell you all—this is the Son of God.”
​
TBC 190
​"Take up the shield of faith, . . . the helmet of salvation, and the sword of the Spirit, which is the word of God."
—Ephesians 6:16-17
The Bible Clicks received the stamp of the Imprimatur in 2010 for Book One (Stories of Faith, Vision, and Courage from the Old Testament)
​and in 2019 for Book Two (Stories of Faith, Hope, and Love from the New Testament).
All contents on this site are copyright protected.
No portion of those books or of this site may be reproduced or copied in any form. Copyright 2010 — 2021 THE BIBLE CLICKS, LLC. All rights reserved.​