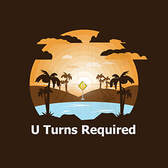 By the time Jesus was 30 years old, his cousin John had become well-known throughout Palestine. Those who lived in the remote areas near the desert were the first to discover him, for he traveled throughout the countryside near the Jordan River.

John drew large crowds, and the Roman officials kept a close eye on him. For 15 years now, Tiberias Caesar reigned as Emperor. Like his father, Augustus Caesar, he appointed rulers who would keep peace in regions that might rebell, places like Palestine.

Tiberius chose Pontius Pilate to govern Palestine’s major province, the land of Judea. Pilate despised the Jews, and they knew it. If only their Messiah would come. . . .

Shortly after Pilate began his rule, John began the task God had given him. John was a prophet—he had a message from God. He didn’t receive his message at the temple, where Annas and Caiaphas ruled as high priest. God gave it to him in the desert. And now it was time to give the message to God’s people.

John looked nothing like the religious teachers in Jerusalem. He wore clothes made out of camel’s hair with a leather belt around his waist. He lived off the land, eating grasshoppers and wild honey. His habits seemed strange, but his message was clear: “Confess your sins. Repent!”

John told the people to change their lives, to do what pleases God. Then he added, “For the kingdom of God is near.” What did he mean? they wondered.

Isaiah the prophet had predicted this. He decribed John as “the voice of one calling in the desert.” Isaiah even predicted John’s message: “Prepare the way for the Lord to come. Make straight paths for him. . . .”

People came in droves to confess their sins. As they did, John would motion them into the river. Then he baptized them as the sign of God’s forgiveness. It was as though God were cleansing them so they could begin a new life.

Many people were coming from Jerusalem and other regions, so many that even the religious leaders decided to see this John, the baptist, for themselves. When John saw them coming, he called out, “You snakes! Who warned you to flee from God’s coming wrath? Look at the fruit of your lives.

“Don’t think you have it made because Abraham was your forefather. If God wanted to, he could raise up children out of these stones. He has already placed his ax at the root of the tree. And every tree that doesn’t bear good fruit will be cut down and thrown in the fire.”

The rest of the crowd took his words to heart. “What should we do?” somebody shouted.

Some tax collectors stepped forward. “What should we do?” they asked.

“Collect only what you must and no more.”

Then some Jewish soldiers, temple guards, asked what they should do.

“Do not use your position to extort people for money. Be content with your wages.”

The people hung onto John’s every word. Whatever he said, they would do. Without uttering a word, they were all thinking the same thing: Could he be the One we have been waiting for? Could this be the Messiah?

John knew what they were thinking. “I have come to baptize you with water,” he said. “But someone else is coming after me, someone so great that I’m not worthy even to untie his sandals. When he comes, he will baptize you with the Holy Spirit and with fire.”
​
TBC 189
​"Take up the shield of faith, . . . the helmet of salvation, and the sword of the Spirit, which is the word of God."
—Ephesians 6:16-17
The Bible Clicks received the stamp of the Imprimatur in 2010 for Book One (Stories of Faith, Vision, and Courage from the Old Testament)
​and in 2019 for Book Two (Stories of Faith, Hope, and Love from the New Testament).
All contents on this site are copyright protected.
No portion of those books or of this site may be reproduced or copied in any form. Copyright 2010 — 2021 THE BIBLE CLICKS, LLC. All rights reserved.​