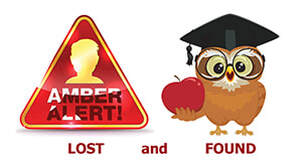 This year above all others, Jesus was looking forward to his family’s trip to Jerusalem. He was now 12 years old. Every year during the Feast of Passover, Jesus and his relatives would make that trip. By this time next year, he would be old enough to take his place with the men when they worshiped in the synagogue.

Each year his family would join their neighbors and relatives to travel to the temple. It was safer to travel in a large group. And for the children, it was fun to spend time with their friends and with cousins, who regarded one another like brothers and sisters. The adults would visit with one another while the children banded together. Of course, you watched out for all the children as if they were your own. Jesus was independent and responsible. He could take care of himself. It was the little ones who had to be watched.

Jewish families from all over Palestine would gather in Jerusalem for Passover, their most important celebration. For seven days, offerings were made and families feasted like kings.

When Passover week ended, Joseph and Mary packed their belongings, and with their group, they began the long trip home. It would take them three days. By the end of that first day, Mary and Joseph realized that neither of them had seen Jesus all day. Surely he was with the other boys. But when they searched, they couldn’t find him.

Panic gripped their hearts. What if Jesus were still in Jerusalem? Anything could happen to a young boy stranded by himself in a large city.

“I’ll go back and look for him,” Joseph said.

“I’m going with you,” Mary replied.

It would take them another whole day just to reach the city. And then what would they do? Where could he be?

When they reached Jerusalem, Mary and Joseph looked everywhere for Jesus—or so they thought. Three days had now passed since he was missing. They needed God’s help to find him. So they decided to go to the temple.

In the temple courts, they saw a group of religious teachers. Then they heard a familiar voice. There was Jesus—asking questions! Many others had gathered around to listen. Everyone was amazed at the boy’s comments and questions.

When his parents saw him sitting in the center of the crowd, they too were amazed.

Mary edged her way through the crowd until she was close enough to touch him. Relief gave way to anger as she scolded him: “Son, why have you done this? Do you know what you have put us through? Your father and I were so worried. We have been searching for you everywhere!”

“Why were you searching everywhere?” he replied. “Didn’t you know I had to be here, in my Father’s house?”

Mary just looked at him, then she turned to Joseph. Neither of them knew what to say. They didn’t understand what he meant.

Without a word of argument, Jesus turned and walked with them out of the temple. In her mind, Mary began to recount past experiences, other amazing things she had seen and heard—and all of them had to do with her son Jesus.

Years passed, and Jesus grew up just like any other boy. Still, there was something different about him. He was so insightful, so mature for his age. Just as he grew physically, so also he grew in wisdom. God’s favor rested on him, and people liked him.
​
TBC 188
​"Take up the shield of faith, . . . the helmet of salvation, and the sword of the Spirit, which is the word of God."
—Ephesians 6:16-17
The Bible Clicks received the stamp of the Imprimatur in 2010 for Book One (Stories of Faith, Vision, and Courage from the Old Testament)
​and in 2019 for Book Two (Stories of Faith, Hope, and Love from the New Testament).
All contents on this site are copyright protected.
No portion of those books or of this site may be reproduced or copied in any form. Copyright 2010 — 2021 THE BIBLE CLICKS, LLC. All rights reserved.​