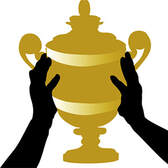 Death threatened every family in Canaan, including the tribe of Israel. His family had eaten all the grain they purchased from Egypt, and the famine was still severe. Israel summoned his sons and told them to get more food in Egypt. They knew it wasn’t that simple. Only Judah had the boldness to reason with his father. “We can’t do that,” he said. “The man in Egypt solemnly warned us to bring Benjamin. We won’t go unless we can take him.

“Listen,” Judah urged, “by now we could have gone there and back, if only you had let us! Send the boy with me, and I will bear the responsibility. But let us go at once, before our children starve to death.”

Israel sighed. “All right,” he said. “Bring gifts from our land and twice as much silver as before. May God grant you mercy.”

So Israel’s sons set out for Egypt, and Benjamin went with them. When they arrived, they asked to see the governor. Joseph appeared and saw that Benjamin was with them. Then he ordered that they be taken to his house to dine with him.

His brothers were surprised by this invitation. As they pondered it, they began to fear his motives. What if he were taking them there to make them his slaves? After all, they had never paid for the grain they were given. Afraid for their lives, they went to Joseph’s steward and told him about the silver they had found in their sacks.

“It’s all right,” the steward said. “I received your silver. Your God has given you the treasure in your sacks.” Then he left. When he returned, Simeon was with him.

When Joseph came home they presented their gifts to him. He greeted them and asked them about their father. Then he looked at Benjamin and said, “God be gracious to you, my son.” Joseph became so moved that he had to slip away into a private room, and there he wept.

After washing his face, Joseph returned. “Serve the food,” he said.

The brothers ate at a separate table and were surprised to see they were seated in order according to their age. And Benjamin’s portion was five times larger than anyone else’s.

The next morning, Joseph gave his steward strict orders concerning them: “Fill their sacks with grain and return their silver with it. Put my silver cup in Benjamin’s sack. When they leave, go after them. Say, ‘Why have you repaid good with evil by stealing my master’s cup?’ ”

The brothers had not traveled far when Joseph’s steward caught up with them and confronted them. “We haven’t stolen anything,” they said. “If any of us is found to have the cup, may that person die, and may we become your slaves.”
​
“Very well, but only the guilty person will become my master’s slave.”

The steward searched each man’s sack, from the oldest to the youngest. And when he came to Benjamin’s sack, there was the cup. When the brothers saw it, they tore their clothes in grief. They all returned with him and threw themselves on the ground before Joseph.

“What have you done?” Joseph demanded. “Don’t you know I can discern such things?”

“What can we say?” Judah said. “God has uncovered our guilt. We are your slaves.”

“No,” Joseph said, “just the youngest. The rest of you may leave.”

“Please, my lord,” begged Judah. “Though you are equal to Pharaoh, allow me to speak. My father’s life is closely bound up with the boy, and I guaranteed his safety. Please, let me remain as your slave, and let the boy return to his father.”

Joseph could no longer control himself. “Out of my presence!” he yelled to his servants. Then Joseph revealed who he was. As he spoke, he wept so loudly the Egyptians heard him, and they told Pharaoh. His brothers were stunned—and terrified. What would happen to them now?
​
TBC 29
​"Take up the shield of faith, . . . the helmet of salvation, and the sword of the Spirit, which is the word of God."
—Ephesians 6:16-17
The Bible Clicks received the stamp of the Imprimatur in 2010 for Book One (Stories of Faith, Vision, and Courage from the Old Testament)
​and in 2019 for Book Two (Stories of Faith, Hope, and Love from the New Testament).
All contents on this site are copyright protected.
No portion of those books or of this site may be reproduced or copied in any form. Copyright 2010 — 2021 THE BIBLE CLICKS, LLC. All rights reserved.​