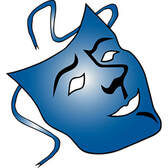 Joseph’s brothers trembled as they stood before him. “Come closer,” Joseph said. “Yes, it is I, your brother Joseph—the one you sold into Egypt, 22 years ago! But don’t be distressed. God permitted this to happen to save your lives. He sent me here to preserve a remnant for you.”

The brothers were so shocked that they were speechless.

“Now hurry back to my father,” Joseph said, “and tell him that God has made me lord of Egypt. Bring him back here with your families, your flocks, and your herds. There will be five more years of famine, and I will provide for you so you won’t perish.”

His brothers were still just standing there in dismay when Joseph stepped forward and threw his arms around Benjamin. The two brothers held each other and wept. Then Joseph kissed each of his brothers and wept as he embraced them. With great joy they now talked with him and told him of their families back in Canaan.

When the news reached Pharaoh and his officials, they were pleased. Pharaoh summoned Joseph. “Tell your brothers to load supplies and return to Canaan to get their families. I will give them the best of the land of Egypt. Have them take carts to carry back their children and wives.”

Joseph then gave his brothers carts and provisions as well as new clothing. But to Benjamin he gave 300 shekels of silver and five sets of clothes. He also prepared gifts for his father. As he sent them off, he added, “Don’t quarrel on the way!”

When they finally reached their home, all of them wanted to be the first to tell the good news. “Father, the most wonderful thing has happened! Joseph is alive! He is ruler of all Egypt!”

Israel was so stunned he didn’t believe them. But when he saw all that they brought from Egypt, the truth of their words began to sink in, and his spirit revived.

So Israel’s whole family set out on their journey. At Beersheba, Israel offered sacrifices. Then God spoke to him in a vision. “Don’t be afraid to go,” the Lord said. “I will make you into a great nation and bring you back again, and Joseph himself will close your eyes.”

Renewed by God’s promise, Israel left Beersheba, along with his children and their wives, his grandchildren, and all their livestock and possessions. All of Israel’s descendants, including Joseph and his sons, now totaled 70.

As they approached Egypt, Israel sent Judah ahead to get directions to Goshen, where they would settle and tend their herds. Then Joseph got in his chariot and returned with Judah to meet them. When he saw his father, he ran to meet him. He threw his arms around him and wept.

Joseph chose five of his brothers to present to the king. “When Pharaoh asks you about your occupation, just say, ‘Your servants have tended livestock from our youth.’ You will be allowed to live in Goshen, for shepherds are detestable to Egyptians.”

So Joseph’s brothers appeared before Pharaoh and responded as Joseph instructed them.

Then Pharaoh said to Joseph, “Let them live in the best of the land, in Goshen, and if any have special ability, let them take charge of my livestock.”

“How old are you?” Pharaoh asked.

“The years of my pilgrimage are 130,” Israel said. “They have been few and difficult, fewer than my fathers’.”

Though his life had been difficult, Israel enjoyed his final years with his family reunited. Joseph’s years of suffering were now bearing fruit. God had used him not only to rescue all of his family, but also to preserve millions more in the land of Egypt.

TBC 30
​"Take up the shield of faith, . . . the helmet of salvation, and the sword of the Spirit, which is the word of God."
—Ephesians 6:16-17
The Bible Clicks received the stamp of the Imprimatur in 2010 for Book One (Stories of Faith, Vision, and Courage from the Old Testament)
​and in 2019 for Book Two (Stories of Faith, Hope, and Love from the New Testament).
All contents on this site are copyright protected.
No portion of those books or of this site may be reproduced or copied in any form. Copyright 2010 — 2021 THE BIBLE CLICKS, LLC. All rights reserved.​