From Bondage to Blessing 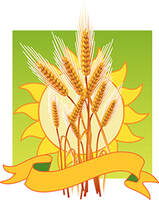 Pharaoh tossed and turned in his sleep, for he was deeply troubled by what he was seeing. Two years had now passed since Pharaoh’s cupbearer was restored to his position, the time when the cupbearer had seen a vision in his sleep. Now it was Pharaoh who had a startling dream. He saw seven sleek and fat cows coming out of the Nile River and grazing among the reeds. Then he saw seven gaunt, ugly cows come out and eat the fat ones.

Pharaoh awoke briefly and sat up in bed. It was only a dream, he thought. But as he drifted off, Pharaoh had a second dream. Seven heads of good, healthy grain grew on a single stalk. Then seven other heads grew, thin and scorched, and they swallowed up the healthy, full heads of grain.

The next morning Pharaoh was even more troubled by the dreams. They were so unusual and so similar. . . . He sent for his magicians and wise men, but no one could interpret his dreams. Finally, when the cupbearer heard what had happened, he remembered Joseph and told Pharaoh about him.

Immediately, Pharaoh sent for Joseph. When Joseph appeared before him, Pharaoh looked down from his throne and said, “I had a dream that no one can explain. I understand that you are able to interpret dreams.”

Joseph said, “I cannot do it on my own. But God will give Pharaoh the answer he seeks.”

So Pharaoh recounted his dreams. “I was standing on the bank of the Nile when seven fat, sleek cows came out of the river, only to be eaten by seven gaunt, ugly cows. Then I saw seven healthy heads of grain swallowed by seven scrawny heads.”
Pharaoh now turned to Joseph, waiting for his response.

“The two dreams have the same meaning,” Joseph said. “God is revealing what he is about to do. The good cows and healthy grain stand for seven years of abundance in Egypt. But they will be followed by seven years of severe famine. The dream came in two forms to show that God has firmly decided this, and it will occur soon. May Pharaoh now find a wise, discerning person to assist him. And may that person take charge of storing surplus food over these next seven years, to prepare for the years of famine.”

The plan seemed good to Pharaoh and his officials. Then Pharaoh said, “Can we find anyone as wise and discerning as this man, in whom is the spirit of God?”

So Pharaoh appointed Joseph to take charge of his palace and to govern over the people of Egypt. Only Pharaoh himself would be greater in power.

Pharaoh gave Joseph his signet ring, dressed him in fine robes, and paraded him in a chariot to signify his authority. Then he gave him Asenath, the priest’s daughter, as his wife.

Joseph was 30 when he began to serve Pharaoh. He traveled throughout Egypt during those first seven years and stored the surplus food. So much grain was gathered that he eventually stopped keeping records because it was beyond measure.

During that time, two sons were born to Joseph. He named his first son Manasseh, saying, “It is because God has made me forget all my trouble and my father’s household.” His second son he named Ephraim, for God had made him fruitful.

After those seven years of plenty, the people cried out to Pharaoh. Famine had begun to spread over the whole country. So Joseph opened the storehouses and sold grain.

The other countries near Egypt also suffered famine, and many people came to Egypt for food. It did not dawn on Joseph that the famine had spread even to his homeland, the land of Canaan.
​
TBC 27
​"Take up the shield of faith, . . . the helmet of salvation, and the sword of the Spirit, which is the word of God."
—Ephesians 6:16-17
The Bible Clicks received the stamp of the Imprimatur in 2010 for Book One (Stories of Faith, Vision, and Courage from the Old Testament)
​and in 2019 for Book Two (Stories of Faith, Hope, and Love from the New Testament).
All contents on this site are copyright protected.
No portion of those books or of this site may be reproduced or copied in any form. Copyright 2010 — 2021 THE BIBLE CLICKS, LLC. All rights reserved.​