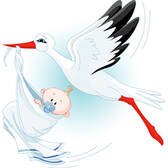 Within a week after her wedding, Leah’s joy turned to heartache. She had hoped that, in time, Jacob would learn to love her. But it was obvious Rachel had won his heart. When the Lord saw that Leah was not loved, he opened her womb, but let Rachel remain barren. Leah gave birth to a son, naming him Reuben, which meant “a son.” For she thought, The Lord has seen my misery and given me a son. Surely now my husband will love me.

Leah became pregnant again and gave birth to a second son. She thought her husband would be so pleased that he would begin to love her. “Because the Lord has heard that I am not loved,” she said, “he gave me this one, too.” So she named him Simeon, meaning “he hears.”

After Leah became pregnant a third time, she gave birth to yet another son. She thought, Now at last my husband will become attached to me, for I have borne him three sons. So she named him Levi, meaning “attached.”

Leah conceived yet again, and when she gave birth to a fourth son, she said, “This time I will praise the Lord.” So she named him Judah, which means “let Him be praised.” But after Judah’s birth, Leah stopped having children.

When Rachel realized that she was not getting pregnant, she became jealous of her sister. She lashed out at Jacob and said, “Give me children, or I’ll die!”

Jacob got angry. “Am I in the place of God, who has kept you barren?”

When Leah saw she was having no more children, she did the same thing Rachel did. She gave Jacob her maidservant as another wife. Zilpah became pregnant and gave birth to a son. Leah named him Gad. Then Zilpah bore another son, and Leah named him Asher.

Many years had now passed since Jacob married Leah and Rachel. Seeing the infants that were born to their maidservants made both women wish they were pregnant.

One day, during wheat harvest, Reuben found some mandrake plants and brought them to his mother. Leah thought they might help her to get pregnant once more. For the people of that region believed that mandrakes would help a woman become more fertile. When Rachel saw the plants, it gave her an idea. She decided to make a deal with her sister. “Give me some of your son’s mandrakes,” she said, “and Jacob can sleep with you tonight.”

So when Jacob returned from the fields, Leah met him and said, “You must sleep with me tonight.” Then, with a tone of sarcasm, she added, “I have hired you with my son’s mandrakes.” So he slept with her that night.

While Rachel was tasting her mandrakes, Leah was praying. And God listened to her.

When the time came for her to give birth to her fifth son, she thought, God has rewarded me for giving Jacob my maidservant. So she named him “Issachar” for “reward.”

In time, Leah bore Jacob yet another son, and she was thrilled. God has given me a precious gift, she thought. Now my husband will treat me with honor because I’ve borne him six sons. So she named him Zebulun. Then she bore him a daughter and named her Dinah.

Finally, God heard Rachel’s pleas, and he opened her womb so she could conceive. She became pregnant and gave birth to a son.

“God has taken away my disgrace,” she said.

She named him Joseph, meaning “may he,” hoping God might give her yet another son.
​
TBC 22
​"Take up the shield of faith, . . . the helmet of salvation, and the sword of the Spirit, which is the word of God."
—Ephesians 6:16-17
The Bible Clicks received the stamp of the Imprimatur in 2010 for Book One (Stories of Faith, Vision, and Courage from the Old Testament)
​and in 2019 for Book Two (Stories of Faith, Hope, and Love from the New Testament).
All contents on this site are copyright protected.
No portion of those books or of this site may be reproduced or copied in any form. Copyright 2010 — 2021 THE BIBLE CLICKS, LLC. All rights reserved.​