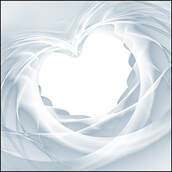 After many days of weary travel, Jacob breathed a sigh of relief. He saw a well in the distance and three large flocks of sheep grazing nearby. Surely he must be close to Paddan Aram.
​
Jacob called out to the shepherds, “My brothers, where are you from?”

“Haran,” one of them replied.

“Yes, he is. Here comes his daughter Rachel.”

As Rachel came with Laban’s flock of sheep, Jacob wondered why no one had moved the stone covering from the well. So he walked over to the shepherds and began to talk with them. “The sun is still high,” he said. “It can’t be time to gather the flocks. Why not water the sheep now then take them back to pasture?”

While they were discussing the situation, Rachel arrived with her father’s flock. Jacob couldn’t help but notice how much she resembled his mother. Without waiting for the others to come, he went to the well, rolled away the stone, and watered his uncle’s sheep.

As Rachel thanked him, tears welled up in his eyes. “I am a relative of yours,” he said, “the son of your aunt, Rebekah.” Then Jacob kissed her and wept aloud. God had led him safely to the very place where his relatives were living.

“I must run and tell my father!” Rachel said. And she raced away to her home.

As soon as Laban heard the news, he ran to meet his nephew. Laban embraced Jacob and kissed him on each cheek. “Come,” Laban said. “You have had a long journey. Let’s go home.” As they walked along, Jacob told him about his family. Laban just kept staring and smiling. Finally he said, “You are my own flesh and blood. Stay with us as long as you like.”

After Jacob had stayed with them for a month, Laban said, “Just because you are a relative of mine, should you work for me for nothing? Tell me what your wages should be.”

Now Laban had two daughters. The older one, Leah, had weak eyes. But the younger one, Rachel, was beautiful, and Jacob was attracted to her. So he said, “I’ll work seven years in return for your younger daughter, Rachel.”

Laban smiled. Then he replied, “It’s better that she goes to you rather than some other man. It’s a deal. Stay here with me.”
Those next seven years seemed like only a few days to Jacob because of his great love for Rachel. At the end of that time, he asked Laban for his wife.

So Laban invited all their friends and gave a marriage feast. But when evening came, he called his other daughter, Leah, and placed the wedding veil over her instead of Rachel. With her face covered, according to custom, he presented her to Jacob, along with Zilpah the maidservant.

Not until the light of morning did Jacob realize he had slept with Leah. Angrily, he raced to his uncle’s home. “Why have you deceived me like this?” he shouted.

“It’s not our custom to give the younger daughter first,” Laban replied. “But I will make you a deal. If you agree to work another seven years, I will give you Rachel as well.”

So after he finished Leah’s bridal week, Jacob took Rachel as his second wife. Laban gave her Bilhah as a maidservant. For the next seven years, Jacob continued to work for Laban.
​
TBC 21
​"Take up the shield of faith, . . . the helmet of salvation, and the sword of the Spirit, which is the word of God."
—Ephesians 6:16-17
The Bible Clicks received the stamp of the Imprimatur in 2010 for Book One (Stories of Faith, Vision, and Courage from the Old Testament)
​and in 2019 for Book Two (Stories of Faith, Hope, and Love from the New Testament).
All contents on this site are copyright protected.
No portion of those books or of this site may be reproduced or copied in any form. Copyright 2010 — 2021 THE BIBLE CLICKS, LLC. All rights reserved.​