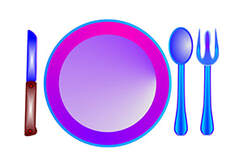 Signs of old age weighed heavy on the heart of Isaac, who was now blind. He worried he might slip off in his sleep. He must put his household in order. So he called for his firstborn son.

“Esau, my son, get your quiver and bow and go out to the open country to hunt some wild game. Prepare it the way I like it. Then bring it to me so I may give you my blessing.”

Rebekah was secretly listening to what Isaac had said. She was afraid this would happen. Immediately she sent for Jacob. When he arrived, she motioned with her hand and whispered.

“We must be careful that no one hears us. Your father is about to give his blessing to Esau. Your brother is out in the fields now, hunting for game so he can bring your father a meal. Here is what I want you to do: Get me two young goats. I’ll prepare the meat the way your father likes it. Then you take it to him, as if you are Esau, so he will give you his blessing.

“But Esau is hairy,” Jacob said, “and I have smooth skin. What if my father touches me? If he realizes I’m trying to trick him, I will surely bring down a curse rather than a blessing.”

Jacob brought her the goat meat, and she prepared it the way Isaac liked it. Then she gave Jacob some of Esau’s clothes, for they carried Esau’s scent. Jacob is right, she thought. We must do something to make his skin feel hairy. So she covered his hands and neck with goat skins.

Jacob took a deep breath as he reached his father’s tent. “My father!” he called out.

“I am Esau, your firstborn. Sit up and eat your meal so you may give me your blessing.”

“How did you get it so quickly?” he asked.

Jacob could feel his face turning red. “The Lord your God gave me success.”

“Come near me,” Isaac said, “so I can touch you to know whether you really are Esau.” Jacob stepped closer and held his breath. Isaac reached out to touch him.

“The voice is Jacob’s,” he said, “but the hands are Esau’s. Are you really my son Esau?”

“I am,” Jacob replied. He could feel his heart pounding in guilt.

So Isaac ate and drank. Then he gave Jacob his blessing: “May God give you an abundance of grain and new wine. May nations serve you. May you be lord over your brothers. May God curse those who curse you and bless those who bless you.”

After Isaac had blessed him, Jacob left right away. A few moments later, Esau returned from his hunting trip. He, too, prepared some tasty food and brought it to Isaac.

“My father,” he said, “sit up and eat so you may give me your blessing.”

Isaac trembled violently. “Who was it that hunted game and brought it to me just now?” he demanded. “I ate it just before you came, and I blessed him—and indeed, he will be blessed!”

“What!” Esau exclaimed. Then he gave a loud and bitter cry. “Bless me too, my father!”

“Your brother came deceitfully,” Isaac said. “It is too late. He has taken your blessing.”

“His name fits him!” Esau shouted. “First he took my birthright and now my blessing!”

“Father,” he wailed, “have you no blessing for me?”

“I have made him lord over you,” Isaac said. “All his relatives will be his servants. And I have sustained him with grain and new wine. So what can I possibly do for you now, my son?”

Esau cried out, “My father, have you only one blessing to give?” Then he wept aloud.

Isaac sighed as he felt his son crying on his chest. He put his hand on Esau’s shoulder. God’s Spirit welled up within him, and he gave this prophecy: “Your dwelling will be away from the earth’s richness, away from the dew of heaven. You will live by the sword and you will serve your brother.” Then he added, “But when you grow restless, you will throw off his yoke.”
​
TBC 19
​"Take up the shield of faith, . . . the helmet of salvation, and the sword of the Spirit, which is the word of God."
—Ephesians 6:16-17
The Bible Clicks received the stamp of the Imprimatur in 2010 for Book One (Stories of Faith, Vision, and Courage from the Old Testament)
​and in 2019 for Book Two (Stories of Faith, Hope, and Love from the New Testament).
All contents on this site are copyright protected.
No portion of those books or of this site may be reproduced or copied in any form. Copyright 2010 — 2021 THE BIBLE CLICKS, LLC. All rights reserved.​