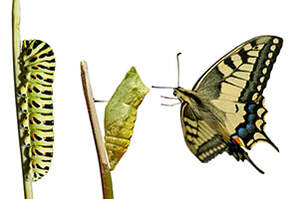 The men in the synagogue were stunned. Instead of demanding that the disciples of Jesus be captured and brought to trial, Saul was now declaring that Jesus was the living Son of God.

Saul took that message to every synagogue he entered, and the reaction was the same in each one. People whispered: “Isn’t that Saul, the one who raised havoc in Jerusalem, capturing followers of the Way? Wasn’t he the one who came here to arrest those who call on that name?”

Saul the persecutor was now convincing people that Jesus was the Anointed One. His insights developed during a three-year period, when the Lord taught him in the desert of Arabia.

When he returned to Damascus, Paul preached in synagogues to the Hellenistic Jews, proclaiming Jesus as the Christ. Like Stephen, who had argued forcefully to a similar audience, Saul met fierce resistance. Some of the Jews conspired with government officials to have Saul killed. Watching the city gates, they looked for an opportunity to nab him outside the city.

But Saul and the disciples learned of the conspiracy and countered it with a plan of their own. Saul’s followers in Damascus led him by night to a house near the wall. Then they went upstairs, placed him in a basket, and using an opening in the wall, lowered it to the ground.

Traveling by night, Saul set out toward Jerusalem. Days later, when he arrived, he found it difficult to meet with the disciples there. Though years had passed since he persecuted the Church in Jerusalem, fearful memories lingered, and few believers trusted him.

The one disciple willing to take that risk was Barnabas. After meeting with Saul and hearing his story, Barnabas was convinced—Saul had been transformed by the power of Jesus. So Barnabas met with the apostles and told them about Saul’s encounter with Jesus, how Saul had seen the Lord on the road to Damascus, and how the Lord had spoken to him.

“And that’s not all,” Barnabas continued. “In Damascus he preached so forcefully in the name of Jesus that he had to escape the city by night to avoid being killed.”

“Where is he now?” one of them asked. Barnabas smiled. “I brought him with me.”

So Saul began building relationships with the apostles. Like them, he moved freely throughout Jerusalem and spoke boldly of Jesus. He communicated so powerfully in debating the Hellenistic Jews that here, too, they plotted to kill him. When the brothers learned of this, they escorted him to safety in Caesarea. Then they commissioned Saul to return to Tarsus.

For the church, however, this marked a time of peace in Judea, Galilee, and Samaria. The believers grew in number and in the conduct of their lives, guided by a healthy fear of the Lord.

God’s power working through the apostles was like having the Lord himself in their midst. This was particularly evident when Peter visited the saints in Lydda. There he met a man named Aeneas, who had been paralyzed and bedridden for eight years.
“Aeneas,” Peter said, “Jesus Christ heals you. Stand and pick up your mat.”

Immediately he stood. All in Lydda and Sharon who saw him walking turned to the Lord.

Nothing, however, surpassed the power witnessed in Joppa. A woman named Tabitha, known for good deeds and helping the poor, had become sick and died. Many mourned her death. So when they learned Peter was in Joppa, two disciples found him and urged him to come.

Widows were crying as Peter entered the upstairs room. They showed him the beautiful clothes she had made. Sending everyone out of the room, Peter knelt down and prayed. Then he rose, turned toward the dead woman and said, “Tabitha, get up!”

The woman opened her eyes, and when she saw Peter, she sat up. He smiled, held out his hand, and helped her out of bed. Then he called her friends back in and presented her alive.

Word of her resurrection spread throughout Joppa, and many put their faith in the Lord.
​
TBC 307
​"Take up the shield of faith, . . . the helmet of salvation, and the sword of the Spirit, which is the word of God."
—Ephesians 6:16-17
The Bible Clicks received the stamp of the Imprimatur in 2010 for Book One (Stories of Faith, Vision, and Courage from the Old Testament)
​and in 2019 for Book Two (Stories of Faith, Hope, and Love from the New Testament).
All contents on this site are copyright protected.
No portion of those books or of this site may be reproduced or copied in any form. Copyright 2010 — 2021 THE BIBLE CLICKS, LLC. All rights reserved.​